Meta isn’t that new after all!

It’s not a very familiar expression “aggressive campaign,” but we all do love it when it happens!
This article describes the meaning of “aggressive campaign” puts the previously similar cases under the spot and teaches you how to perfect a similar direction for your brand.
The effect such campaigns leave in many souls is indescribable. Still, we can say that an aggressive campaign's effect on international brands is huge and has a manipulative impression on the audience's souls.

What is the meaning of “Aggressive campaign”?

It’s a marketing method in which the marketer plays on hitting a nerve for the audience or the competitor’s brand.
It’s not an easy task to do so without insulting the other brand or aggravating the audience and turning them to the enemy side. Aggressive campaigns are a double-edged weapon, and you can amaze tons or generate hatred and anger of tons.
f you’re thinking about executing an “aggressive campaign,” you have to take care of delivering the message gently without insulting anyone or anything, and yes, I know, it takes a pro to accomplish such a task. 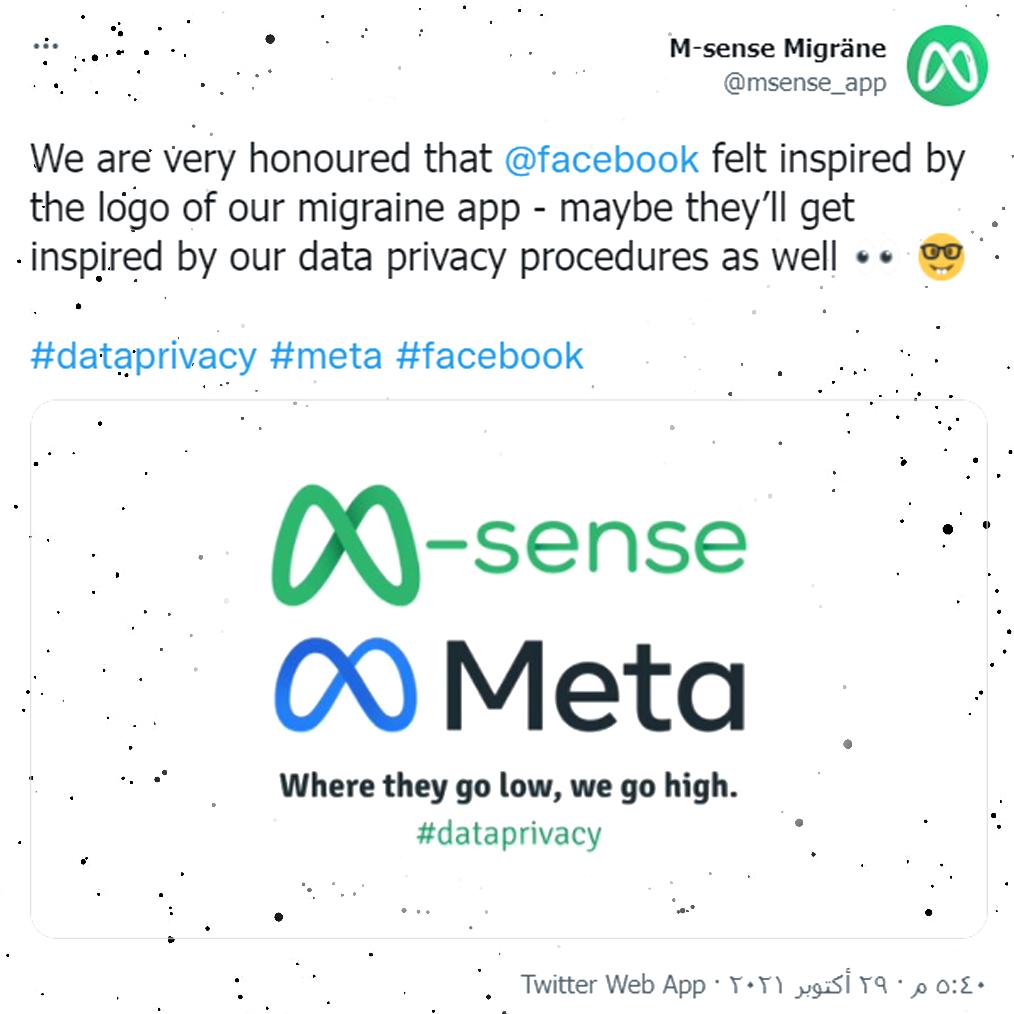 Not from very far in time; we have seen an example for an excellent aggressive campaign. We all witnessed the birth of Mark Zuckerberg’s new mother company Meta, we all are familiar with the name and the logo, and we all knew “Meta isn’t that new after all!” when it comes to the concept and the logo design.

This isn’t the story, the story began when the marketers started talking, and only one saw the chance wide open in front of them, and they snatched it.
M-sense, the migraine app, reflected on the logo and how they inspired Meta, which we all know is not valid. Still, they played it right, and lots of people not only in Germany - the application homeland- but all over the world.

The irony was in their slogan, “where they go low, we go high,” maybe it’s not intentional, but it’s in the proper place, Maybe!!

Many may think that “aggressive campaigns” is a relatively new concept in the market, but it was born with the marketing birth; want evidence?

Pepsi & coca-cola have been in an endless battle since the 1950s. My favourite aggressive battle goes back to 2005 under the name “Pepsi vs. coke vending machine,” how smooth it was and how survising the ad ending was, made many attached to such campaign till this moment.

So far, we have stated examples of the aggressive campaigns that hit a competitor’s nerve; the following ad struck a nerve in the audience’s feelings. The next model from our beloved land, “Egypt,” was implemented by Media hub in collaboration with the drug addiction & treatment fund and the ministry of social solidarity, raising awareness against taking drugs. They promoted a hugely successful campaign under the name of “addiction is a journey, you don’t want to travel it.”

The ad was targeting the youth, and it was made in two versions, one for men and the other for women putting the two forms on a roller coaster in the begging they were having fun, but along the ride, their expressions became dull, sad, and lifeless, and at the end of the journey, they become dead. The ad was very shocking to those experimenting with the same conditions, which is why the number of people asking for help increased magnificently in the following month.

How to implement your aggressive campaign?

1- Wait for the right time:

Jumping into trends and creating not well-positioned aggressive campaign will backfire on you magnificently will be hitting all the wrong spots! Like the burger ad campaign in the International women’s day (Burger King deletes International Women’s Day tweet after getting grilled as its intent is misinterpreted), they were trying to hit a nerve on the common saying “the women’s place is the kitchen.” Still, it backfired cause people thought the campaign supported the saying, not trying to demolish it.

Bringing an aggressive campaign to light has to be delivered at a particular time in your brand’s lifetime with the consumers. You to recognize first and well-positioned in your audience's mind so you can compete in the market with your aggressive strategy. Read the birth of branding and know how much branding affects your brand status within the market?

3-Make it a surprise:

This particular point has to be applied to any campaign you will create, not only the aggressive ones. Measuring the difference between before& after anything gives you indicators for how successful the campaign was. And it’s crucial to know if such a campaign type works for the audience and gives you the needed feedback or not. This specific point is your parameter if you should go in the same direction in the presented content to the audience or not.

The “aggressive campaign” effect on international brands is huge. It can hit all the perfect scores for any brand to grow, but executing such a prototype needs a pre-estated image within the market, and you need professionals to do both processes for you. You can contact us at BSMART creative agency, and we will guide you to the proper steps to invade the market correctly.